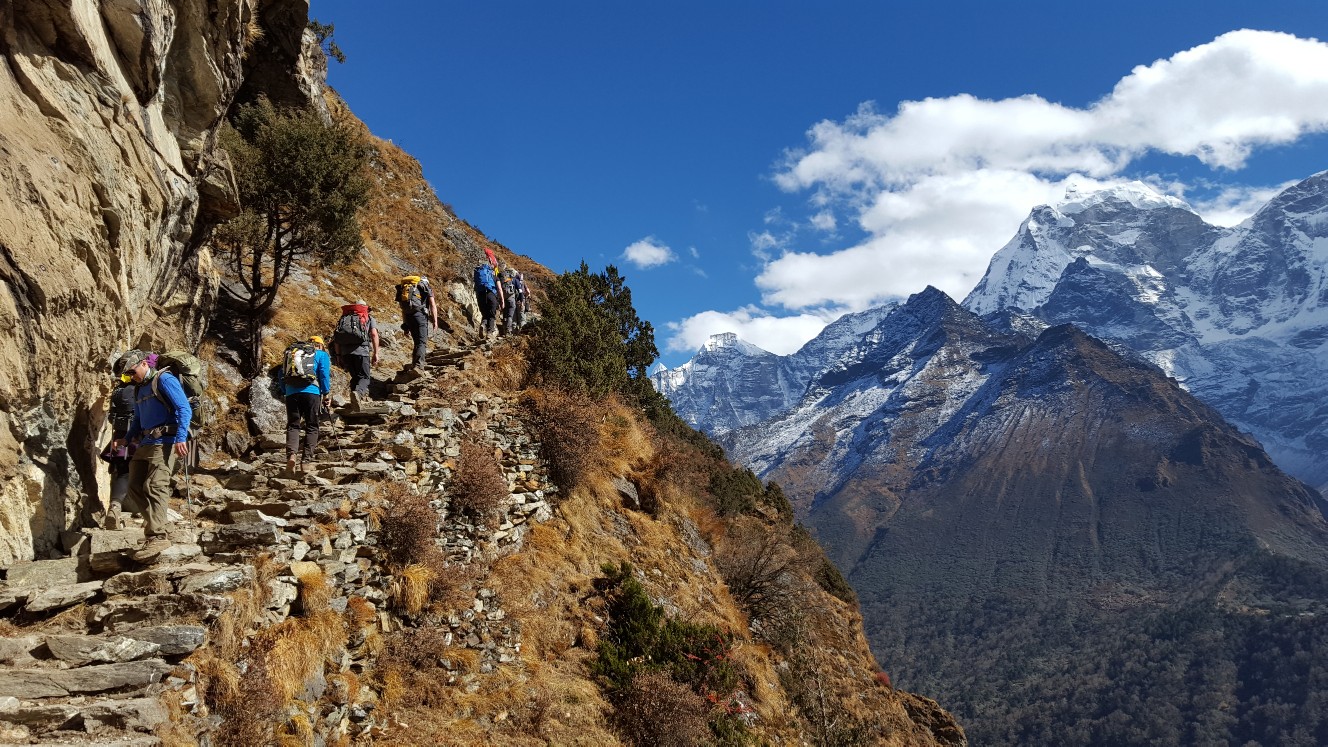 The idea of exploring the world alone has seen a steady growth for many years and the trend is increasing worldwide. The recent study by Booking.com revealed that there “is also a surge in solo travel … with two fifths (40%) of global Baby Boomers having taken a solo trip in the last year, and a further fifth (21%) planning to take one in the future.” The same study also disclosed that 34% or respondents said that solo travel is among the “top five trips that they have already been on and would like to go on again”.

Another research conducted by BookYogaRetreats.com discovered that the rise and rise of solo travel are continuing with 51% of respondents saying they’ll be taking their next holiday solo. Germany is leading the way with 80% of German respondents say they will go it alone, followed by 69% of UK respondents and 67% of Canadians. It is known that more women are interested in solo travel than men. Each year, 9 million American women travel overseas alone. Statistics show that 72% of lady travelers in 2014 were enthusiastic about traveling solo and have actually traveled on their own either for work or pleasure. In addition, a Solo Traveler Blog survey found that over 80% of their readers are women, while only 20% are men.

It’s definitely a worth traveling alone and exploring in a better way to get to know who you are as a person than by spending time with yourself away from the distractions of life. There are some disadvantages of solo traveling as well. Some of the pros and cons of solo traveling are outlined below :

1) Freedom. Your trip is your trip—you don’t have to follow anyone else’s rules. What better way to find yourself than to immerse yourself in new cultures and experiences and make them all your own?

Once your initial fear and self-consciousness have passed, realizing how empowering solo travel can be is an exciting reason to go it alone. A trip plagued with uncertainty when you first arrive at your destination can be a huge confidence booster once you’ve completed your journey.

2) Personal development. Without getting too ‘new age’ on you guys, personal development is a great plus from some quality time to yourself on the road. A new-found confidence, independence, and enhanced people skills are all qualities you can’t fail to pick up. People will be noticing the difference in you as soon as you come back, be prepared though – they’ll all still be the same, you most certainly will not.

3) Choice. Traveling in groups is all well and good but what happens when you wanna do A but your mates wanna do B? Conflict time. Traveling alone means you’re holding all the cards, you make your own rules and draw your own routes. No need for compromise here, it’s all on you.

4) Networking and Building Confidence Solo travel opens doors to meeting people you normally wouldn’t have noticed and visiting places that wouldn’t have been on a shared itinerary because you (and only you) define your trip. On your own, you will quickly come to realize you aren’t the only one-man show, and the opportunities to mix and mingle are wide open. Solo travel can be helpful for your mental state, too. Solo travel builds confidence as you navigate an unfamiliar city, converse with strangers and figure out how to get from one place to another. Your social skills will also improve as you meet more and more people and get used to introducing yourself and making conversation.

1) Loneliness. Without a doubt the biggest issue with traveling alone. Alexander Supertramp put it well when he said ‘True happiness is only known when shared’ and it’s hard to argue with that. That being said, we’re never truly alone on the road and remember everyone else in the same boat.

2) Cost. For budget-minded travelers, another downside is that traveling alone nearly always works out to be much more expensive than traveling as a couple. As a couple, you can share meals, stay in private rooms and split many of your expenses. You’ll also often find that for private tours you’ll be charged a lot more if you plan on taking it alone. There’s no doubt about it: solo travel supplements suck.

3) Safety Considerations. Traveling can be a scary prospect, especially for first-timers. While solo travel isn’t unsafe, it’s definitely less safe than traveling with other people, making the safety issue a “con” of traveling alone. You’re more vulnerable when you’re on your own because you only have you looking after you. When you’re in a group, you’ll have other people to look out for scams, to steer you away from danger, and make you less likely to get lost.

4) Temporary Friendship. When you travel alone for an extended period of time, you meet many people in restaurant, bars and during tours and you share meals and feelings and become close to each other. And, while meeting new people is a wonderful experience, it’s also a bit disappointing when you realize that many of the strong relationships you forge with others while traveling easily turn into dust when you’re no longer in the same place. Impermanence is a deeply embedded truth of life, but it can still hit you with immense force when you experience it.